NOVATO, Calif. (AP) — A man was convicted of various theft charges, after prosecutors say he stole computers from the courthouse while he was on trial for computer theft.

”It just amazed me that someone could be in the middle of a jury trial for a burglary involving computers and immediately get involved in another burglary at the Civic Center,” said sheriff’s Sgt. Jerry Niess.

Jon Houston Eipp, 39, of Novato pleaded guilty Monday in three separate cases involving 10 different charges, including burglary, theft, drug possession, attempted auto theft and more. He could be facing nearly five years in prison when he is sentenced next month.

In an interview Monday night at the county jail, Eipp said he stole the computers ”for personal reasons.”

”I needed help, and I didn’t know how to ask for help,” he said. ”And I guess, in my crazy way, that was my way of asking for help. Help with my drug problems, help with my sanity.” 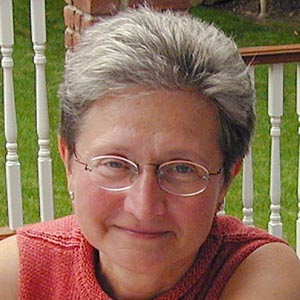 I recently came across a website called the 2,996 Project that sought to have at least one blogger sign up to memorialize every one of the 2,996 victims of the September 11, 2001 attacks on their fifth anniversary. I signed up, and I was randomly assigned to memorialize Gina Sztejnberg (pronounced “Steinberg”), a wife and mother of two who perished at the World Trade Center on that grim morning.

I never met Ms. Sztejnberg (who I will take the liberty of calling “Gina”) and I’ve never met anyone who knew her. But I’ve learned a lot about her, and I’ll do my best to memorialize her here, in honor not only of her and her family, but in honor of all those who so senselessly died on this morning five years ago. So here goes:

Gina was born in Wroclaw, Poland, to Jewish parents who had escaped the Holocaust. Her family moved to Russia, then back to Poland, and then emigrated to the United States, moving to Brooklyn in the 1960s when Gina was 15 years old. Gina excelled, earning a degree in mathematics from the City University of New York in 1970.

Gina found her husband-to-be, Michael Sztejnberg, at Erasmus Hall High School in Brooklyn. They had met once before, when Michael had come to live in Gina’s home city of Wroclaw, Poland, as a teenager. They married in New York and moved to Ridgewood, New Jersey, where they raised two daughters, Laura and Julie.

Gina and Michael and their two daughters were avid travellers, visiting many of the fifty states and more than a dozen foreign countries, including China and Thailand. Two years before she died, Gina and Michael took their daughters to Wroclaw to see the city where their mother was born. Gina meticulously planned these trips down to the smallest detail, making sure that the family would be comfortable no matter where they went. 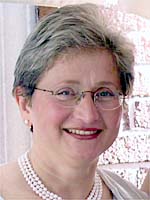 On September 11, 2001, Gina was working as a database architect consultant for Marsh & McLennan on the 96th floor of the North tower of the World Trade Center. As usual, Gina and Michael drove together to lower Manhattan early that morning. Michael dropped Gina off at the WTC at 6:45 a.m. and continued on to his job as Senior Vice President of J.P. Morgan Chase. Michael never saw Gina again.

At 8:46 a.m., approximately two hours after Gina arrived at work, the first plane, United Flight 11, slammed into Gina’s tower between the 92nd and 98th floors — right where Gina worked. Some 27 minutes later, the second plane struck the South tower. The South tower was the first to collapse, at about 10:05 a.m. Some 24 minutes later, at 10:29 a.m., the North Tower — Gina’s tower — also collapsed. Gina never made it out. She is listed as a “confirmed” victim, meaning that some of her remains were eventually found and identified.

I am tempted to vent my anger and frustration toward those who senselessly took Gina’s life. But that’s not our purpose here.

Our purpose is to remember Gina, and the 2,995 other innocent people who died on this morning five years ago. May they rest in peace, and may our nation never forget them.

On November 19, 1863, President Abraham Lincoln dedicated the National Cemetery at Gettysburg, honoring those who had died there fighting to preserve our young nation. Although Gina and the others who died on 9/11 were not solidiers and did not die fighting a war, their deaths and our rememberances of them may still serve to strengthen the great democracy that their murderers sought to destroy. In President Lincoln’s [slightly altered] words:

[T]he brave men [and women], living and dead, who struggled [on September 11th], have consecrated it, far above our poor power to add or detract. The world will little note, nor long remember what we say here, but it can never forget what they did [on September 11th]. It is for us the living, rather, to be dedicated here to the unfinished work which they who [struggled and died] [on September 11th] have thus far so nobly advanced. It is rather for us to be here dedicated to the great task remaining before us — that from these honored dead we take increased devotion to that cause for which they gave the last full measure of devotion — that we here highly resolve that these dead shall not have died in vain — that this nation, under God, shall have a new birth of freedom — and that government of the people, by the people, for the people, shall not perish from the earth.

So here’s to Gina Sztejnberg, and to all the other heros we lost on that dreadful morning five years ago. They will never be forgotten.

DETROIT — Once trumpeted as one of the Justice Department’s significant triumphs against terrorism, the case targeting the so-called “Detroit sleeper cell” began less than a week after the attack on the World Trade Center. It was only after a jury convicted two men of supporting terrorism that the flimsiness of the government’s case became clear.

As hidden evidence spilled out and the Justice Department abandoned the effort, federal investigators began to wonder whether the true conspiracy in the case was perpetrated by the prosecution.

Now a federal grand jury in Detroit is investigating whether the lead prosecutor, Richard Convertino, or anyone else should be indicted for unfairly tipping the scales.

It is a highly unusual case. No charges have been brought and many details remain secret, but information in public documents and testimony in U.S. District Court in Detroit suggest an effort by federal prosecutors and important witnesses to mislead defense lawyers and deceive the jury. U.S. District Judge Gerald E. Rosen said the government acted “outside the Constitution.”

BATON ROUGE, La., Sept. 8 – At Rapides Parish Detention Center 3 in Alexandria, which normally holds convicted felons, there are now 200 new inmates who arrived hot, hungry and exhausted on buses this week after being evacuated from flooded jails in New Orleans.

They have no paperwork indicating whether they are charged with having too much to drink or attempted murder. There is no judge to hear their cases, no courthouse designated to hear them in and no lawyer to represent them. If lawyers can be found, there is no mechanism for paying them. The prisoners have had no contact with their families for days and do not know whether they are alive or dead, if their homes do or do not exist.

“It’s like taking a jail and shaking it up in a fruit-basket turnover, so no one has any idea who these people are or why they’re here,” said Phyllis Mann, one of several local lawyers who were at the detention center until 11 p.m. Wednesday, trying to collect basic information on the inmates. “There is no system of any kind for taking care of these people at this point.”

Sounds like fun . . . . Details here from Peter Applebome of the New York Times.

A federal appeals court ruled Tuesday that rap artists should pay for every musical sample included in their work – even minor, unrecognizable snippets of music.

Lower courts had already ruled that artists must pay when they sample another artists’ work. But it has been legal to use musical snippets – a note here, a chord there – as long as it wasn’t identifiable.

The decision by a three-judge panel of the 6th Circuit Court of Appeals in Cincinnati gets rid of that distinction. The court said federal laws aimed at stopping piracy of recordings applies to digital sampling.

“If you cannot pirate the whole sound recording, can you ‘lift’ or ‘sample’ something less than the whole? Our answer to that question is in the negative,” the court said. “Get a license or do not sample. We do not see this as stifling creativity in any significant way.”

Others may disagree. Details here from the AP via All Headline News, or read the court’s opinion.

When a B-29 crashed in 1948, the Air Force fought to hide the details. Now, the families of those killed want to reopen the case that became precedent for official secrecy.

This fascinating story details attempts to reopen a 50-year old Supreme Court case that may have been influenced by a fraud on the Court. Details here from The Philadelphia Inquirer. (via How Appealing)

An organization of law schools and a group representing hundreds of legal scholars sued the Department of Defense and five other federal agencies yesterday, seeking to help universities and colleges that want to keep military recruiters off their campuses because of the department’s “don’t ask, don’t tell” policy on gay men and lesbians.

The suit challenges the constitutionality of a federal law that punishes universities with loss of some federal money if they use their antidiscrimination policies to exclude military recruiters.

It follows a successful campaign by the Defense Department to force some of the nation’s most prestigious law schools to allow military recruiters on campus. In recent years, the department has advised Harvard, Yale, Columbia and 20 other universities that they could lose federal aid if they did not allow recruiters at their law schools. For some universities, the dispute put at risk hundreds of millions of dollars for research on everything from weapons systems to the humanities.

Get the whole story here from The New York Times.