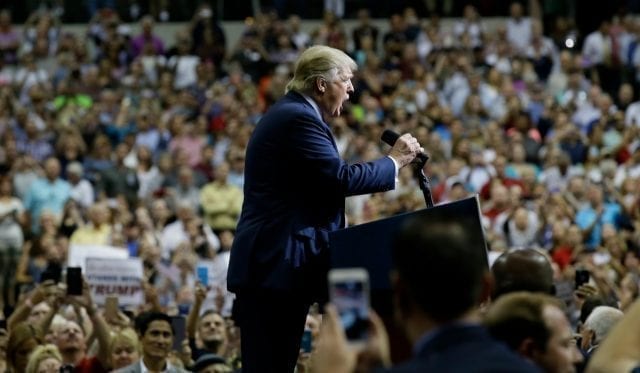 Attorneys for President Donald Trump are asking a federal appeals court to dismiss a lawsuit which accuses the commander-in-chief of encouraging his supporters to thrash protesters at a campaign-trail rally in Kentucky. The New York Times recounted the story – originally published by the Courier-Journal – on Tuesday. Reports and legal filings indicate that the 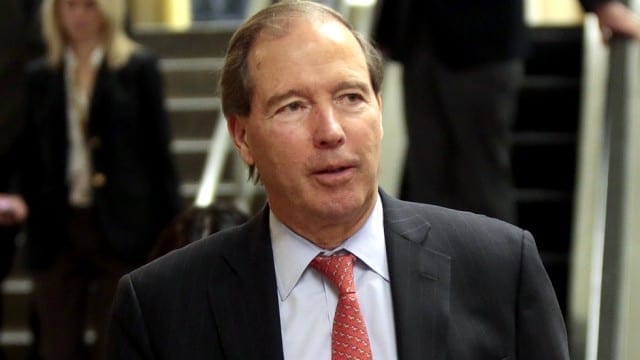 Democratic Senators introduced legislation on Tuesday to ban the use of controversial pesticide chlorpyrifos in American agriculture. The proposal is rooted in a growing liberal animus against Environmental Protection Agency Administrator Scott Pruitt, whose policies have set the EPA on a course adrift from its usual agenda. Earlier in the year, Pruitt moved to halt 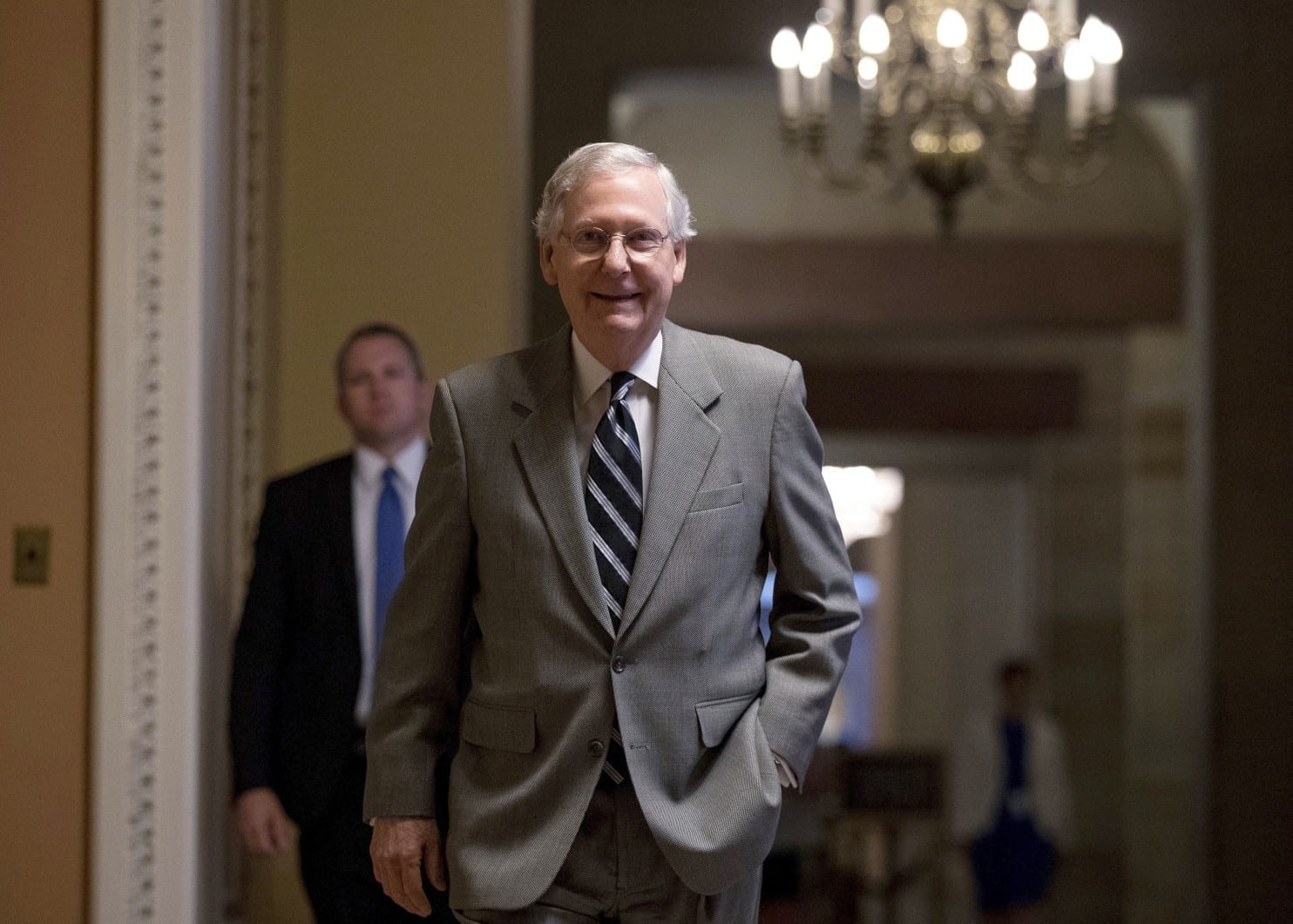 On Wednesday evening, Senate Republicans lost yet another battle in their years-long war against Obacamare. Earlier in the week – and despite claims to the contrary – Republicans reopened an effort to repeal former President Barack Obama’s signature Affordable Care Act. The move came amidst a month full of speculation, intrigue, and, in the eyes 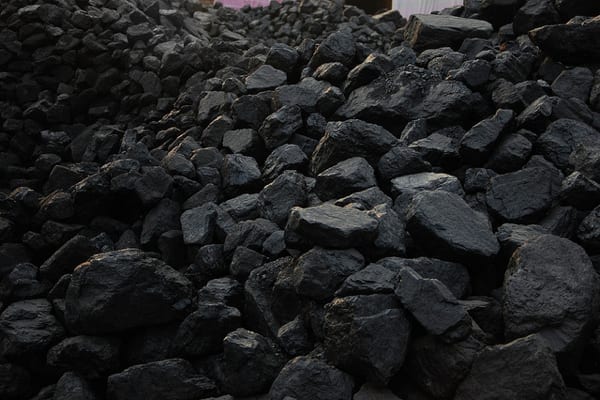 Donald Trump is expected to nominate top coal industry lobbyist Andrew Wheeler to the second-highest post in the Environmental Protection Agency. The proposed appointment marks yet another controversial appointment for the administration. The agency’s current head, Scott Pruitt, faced enormous resistance from left-leaning politicians and activists prior to assuming office. Pruitt, the former Attorney General 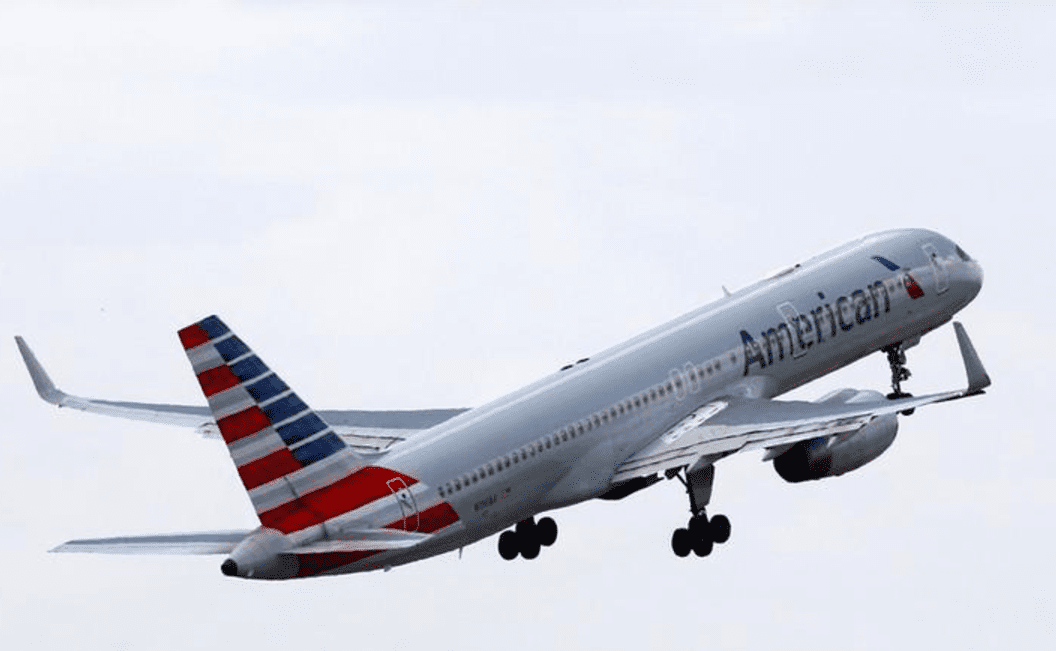 The United States Department of Transportation imposed fines against two of the country’s largest air carriers earlier in the week, claiming they’d violated consumer protection guidelines. American Airlines and Delta agreed to pay the fines, which were released by the government in a Friday evening report. Budget-carrier Frontier Airlines was also hit by the same 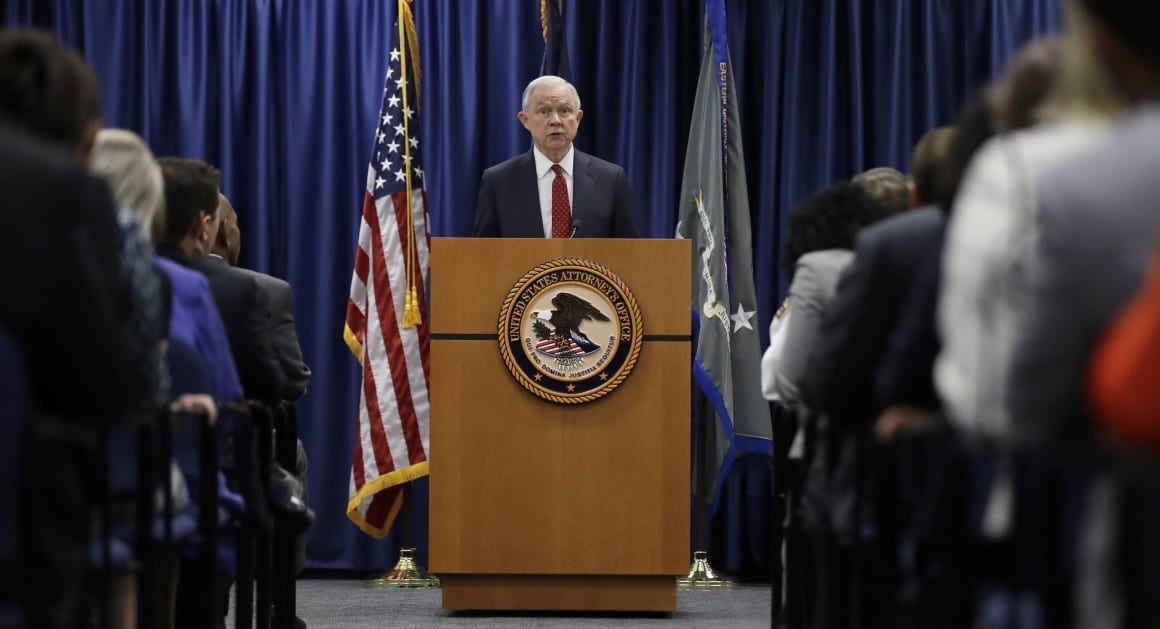 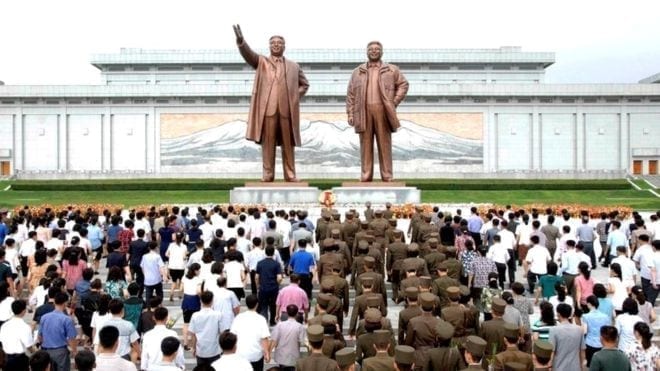 Weeks after the death of Otto Warmbier in a North Korea labor camp, the U.S. Department of State announced it would ban American citizens from traveling to the Hermit Kingdom. Citing the purportedly ‘high risk of arrest’ as the basis for the decision, Secretary of State Rex Tillerson authorized a ‘Geographical Travel Restriction’ on all 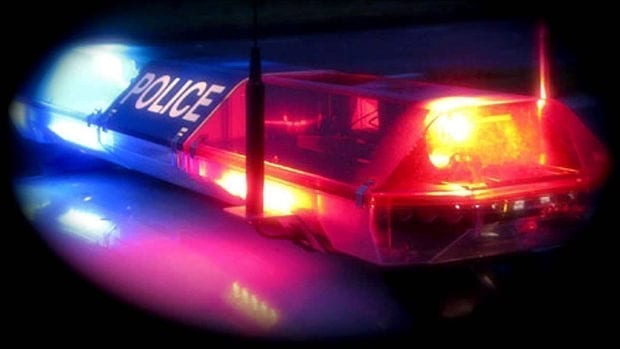 The American Civil Union Liberties helped settle a case against two Connecticut police officers accused of profiling and unlawfully detaining a black man. The lawsuit arose after Woodrow Vereen of Bridgeport, CT, was pulled over for driving through a yellow light. Vereen, an African-American man and father of three, was taking his two sons out 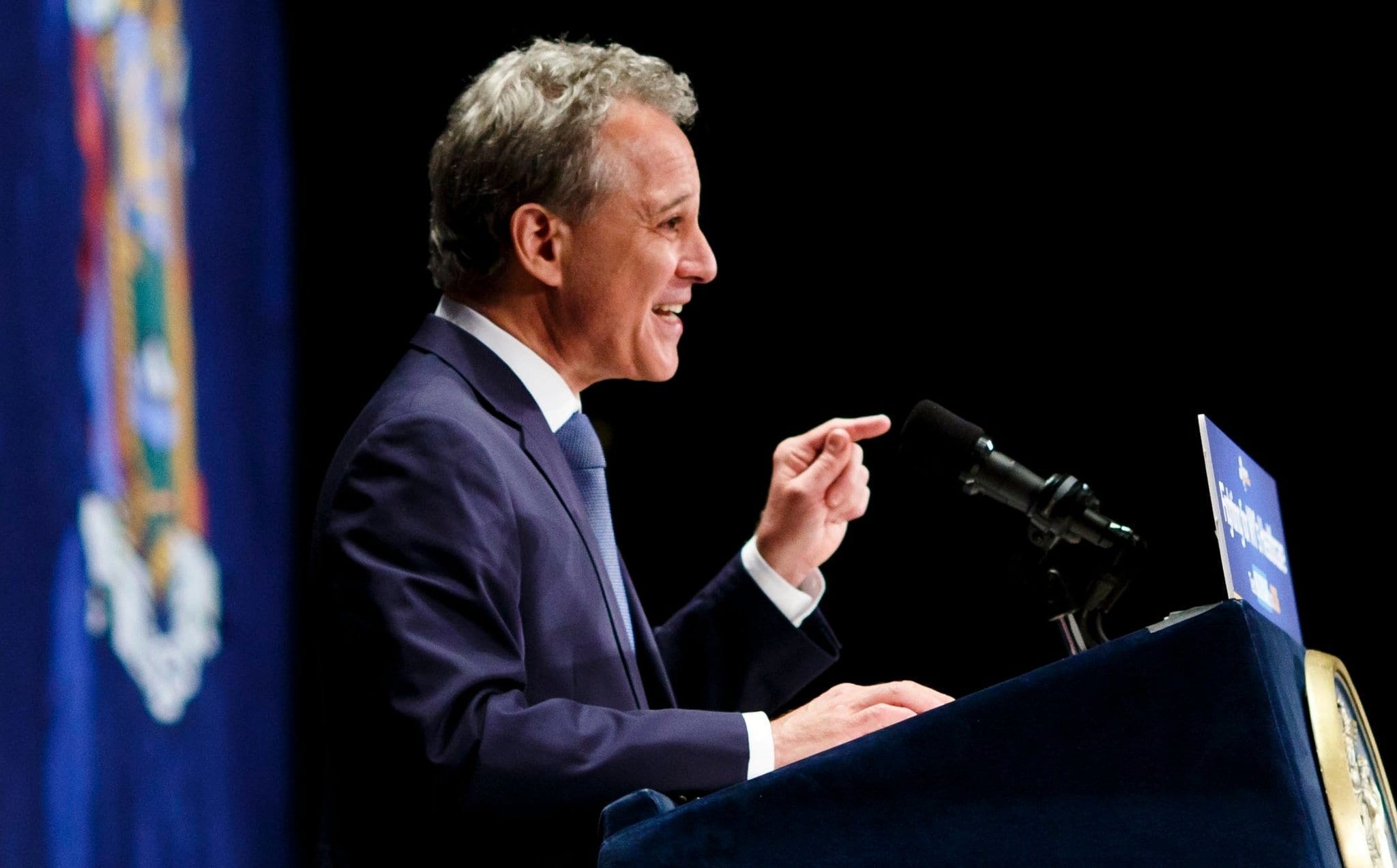 New York Attorney General Eric Schneiderman is opening an investigation into the collection practices of the National Collegiate Student Loan Trusts, which is among the largest owners of private student debt in the country. On Wednesday, Schneiderman’s office sent subpoenas requesting information on every collection lawsuit ever filed by National Collegiate’s trusts against New York 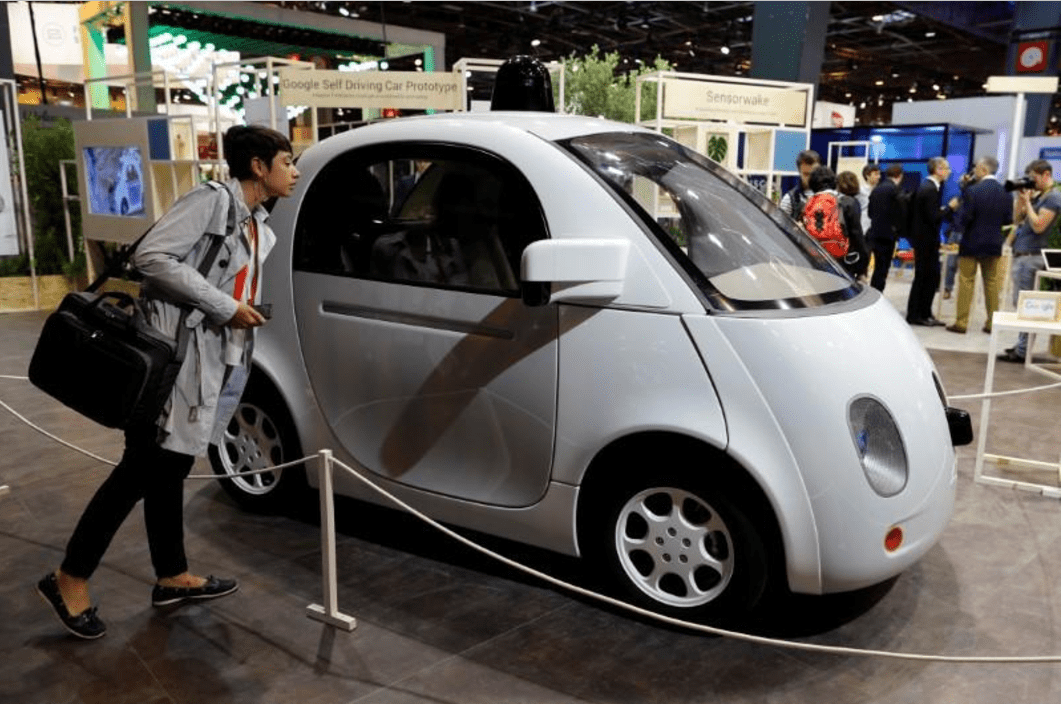 A House sub-committee advanced a bill Wednesday that would ease restrictions on self-driving cars. Despite pleas from safety watchdogs to cap the continued testing and manufacture of autonomous vehicles, the legislation, if signed into law, would permit automakers to put together up to 100,000 self-driving cars per year. The Hill notes that, if the bill