Anti-diarrhea medication can cause opioid-like high, according to researchers.

Imodium A-D and other diarrhea medications containing loperamide are being overused by those battling opioid withdrawal symptoms, according to the Food and Drug Administration (FDA).  And there’s another problem – taking the medicine in high quantities can produce the same opioid-like euphoric reaction.

Addiction specialist Dr. Scott Krakower, a physician at Northwell Health in Glen Oaks, N.Y., said loperamide is “an opioid agent and it helps to bind receptors in the brain and cause a similar euphoric reaction or high” as opioids.  However, he said, “it would need to be taken in particularly large doses – roughly 50 to 300 pills of Imodium per day.”

“My understanding of it is that it’s all about dosing,” said Dr. Fred “Kip” Wenger, medical director of Cornerstone of Recovery. “You can overwhelm the blood-brain barrier, so to speak, by not taking normal therapeutic doses.  They’re taking what I like to call super-therapeutic doses, and they’re getting high.” 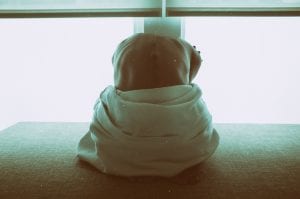 “It is an opioid, but if you compare the chemical structure to the famous opioids, there’s quite a bit of difference,” says Phil LaFoy, owner of Blount Discount Pharmacy in Maryville, Tennessee. “If you know your chemistry well, you can see the base structure in it, but you don’t get nearly the effect that you would get from oxycodone, hydrocodone or morphine.  The crazy thing about loperamide is that if you take enough to get a buzz, you’re likely to have a heart attack.  There are a lot of cardiovascular issues with it.” It can cause irregular heartbeats, constipation and even death in especially high doses.

The National Poison Data System reported a “90 percent increase in loperamide overdoses in the six-year span between 2010 and 2016.”  And, there have been overdose deaths in at least five states, according to a 2019 Rutgers University paper.

“Abuse of loperamide continues in the United States and taking higher than recommended doses can cause serious heart problems that can lead to death,” acting FDA Commissioner Ned Sharpless said.  Last September the agency announced it would limit Imodium A-D, Imodium Multi-Symptom Relief and Be Health Loperamide HCI capsules to 48 milligrams per package.  The maximum daily dosage is eight milligrams.

“Loperamide is safe in therapeutic doses but extremely dangerous in high doses,” researcher William Eggleston said in Annals of Emergency Medicine. “People looking for either self-treatment of [opioid] withdrawal symptoms or euphoria are overdosing on loperamide with sometimes deadly consequences…Loperamide’s accessibility, low cost, over-the-counter legal status and lack of social stigma all contribute to its potential for abuse.”

“This is another reminder that all drugs, including those sold without a prescription, can be dangerous when not used as directed,” Eggleston said.

There’s a growing problem in the opioid fight: diarrhea medication

Anti-diarrheal drug loperamide, a.k.a. Imodium, provides a novel — and deadly — way to get high