The Politics of Baserunning

Although Major League Baseball’s all-time hit king Pete Rose’s lifetime ban from the sport due to gambling is nearly as legendary as his play, he is also widely regarded as the game’s greatest competitor. One of Rose’s most famous moments involved his performance at the 1970 All-Star game in which his violent home plate collision

Not all NCAA Tourney Bans are Created Equal

As Selection Sunday for the NCAA men’s college basketball tournament is now two weeks away, a handful of worthy teams have been declared ineligible for the event due to their programs’ violation of some portion of the NCAA’s complex system of rules. In recent years, these bans have included 2013 Final Four participant Syracuse for

Despite International Referendum, Integrity of FIFA Remains in Jeopardy

Without hyperbole, one of the most important administrative actions in global sports history will likely take place on Friday in Zurich’s Hallenstadion entertainment complex. Officially dubbed the 2016 FIFA Extraordinary Congress, representatives from 207 individual member states of world soccer’s governing body will vote not only on who will succeed the terminally corrupt Sepp Blatter

Nader is hoping that the museum will help to serve future generations in understanding the power of the consumer, the threats of the protections being removed as part of the conservative tort-reform agenda, which is an attempt to put caps on personal injury lawsuit awards. Nader said, “Tort law is being run into the ground, maligned, caricatured and slandered because it’s effective,” calling tort reform, “the cruelest movement I’ve ever encountered.”

As more cancer diagnoses related to 9/11 are discovered, the costs for the health program, as well as the over 6,500 people enrolled in the victim fund, will likely increase. This means Congress will either have to allow for the funding increase, or services may get cut dramatically. The decision could have life or death consequences for some like 52 year-old retired NYPD detective Barbara Burnette, who has a debilitating lung condition. Doctors have told Burnette that she will eventually require a double lung transplant. Burnette notes the potential lack of funding, saying “Without this program, people are gonna die, and I’m going to be one of them.”

The Living Legacy of Katrina

The disaster was born that week ten years ago, but it is very much alive, affecting people’s lives every day moving forward. CNN conducted a poll that showed, while the memories have faded a little, the lessons of Katrina remain on the forefront. 51 percent of respondents believe that the U.S. is no better prepared for a disaster like Katrina in the future. This is up from 48 percent who were asked that question in 2006. While that may seem a surprising number, yet not a very significant difference, it bears remembering JUST HOW BAD THE 2005 RESPONSE WAS.

Is there Really Such a thing as Bad Bacon?

This is the first story I’ve covered for Legal Reader that has made me question everything that I’ve ever known. In what has to be one of the biggest, most tragic cases of meaticide in history. 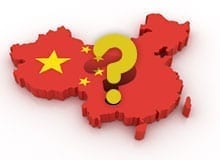 5/21/2015 As the Trans-Pacific Partnership (TPP) “fast track” debate continues its push through the congressional gauntlet, my fellow colleague Jay and I have analyzed hundreds of texts and perspectives surrounding the trade deal. We have covered labor, patent and trademarks, mass-torts, environmental concerns, and the highly controversial Investor State Dispute Resolution (ISDS) system, and little 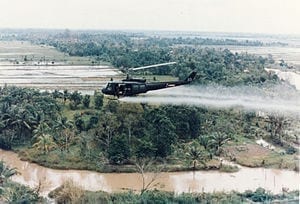 5/15/2015 Now that the Trans-Pacific Partnership (TPP) has apparently survived a near coup d’etat led by Democratic Senators Harry Reid and Elizabeth Warren, pending a successful re-vote, the battle over the large-scale trade deal will soon be heading to the House of Representatives. The vote in the House may be even more troublesome for the

In what is probably the most appalling issue of injustice that I have covered to date for Legal Reader, the FBI confirmed on Monday, April 20th, that approximately 95 percent of hair sample analyses it used to help convict suspects between 1985 and 1999 relied on flawed methodology. The revelations stem from a 2-year investigation