The Supreme Court’s August 24 decision to deny a stay that would have temporarily halted the reinstatement of the “Remain in Mexico” policy will “deepen human suffering and continue to erode U.S. law and values at the U.S.-Mexico border,” said Anna Gallagher, CLINIC’s Executive Director.

In a February 2021 study, Human Rights First documented more than 1,500 cases of asylum seekers and migrants murdered, raped, tortured, violently assaulted, or kidnapped due to forcible return to Mexico under this policy. This included nearly 350 cases of children kidnapped or nearly kidnapped. As the report notes, the full picture of the human devastation caused by this inhumane policy is unknown, as the overwhelming majority of the tens of thousands of people affected have not been interviewed or been able to share their story.

“‘Remain in Mexico’ is an assault on human rights and U.S. asylum law,” continued Gallagher, “and both are already under attack due to the Biden administration’s decision to keep Title 42 in place. CLINIC and our affiliates, like so many across this country, stand ready to welcome. Our message to the Biden administration at this critical moment is clear: we will hold you to your promise to restore the soul of America. To do so, you must take immediate action to end Remain in Mexico.” 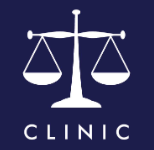 Promoting the dignity and protecting the rights of immigrants for more than 30 years.

The Catholic Legal Immigration Network, Inc., has been on the cutting edge of training nonprofit immigration legal service providers to provide affordable, quality legal representation to immigrants since its founding in 1988. Today the network includes more than 380 nonprofit organizations in 49 states.

The network includes faith-based institutions, farmworker programs, domestic violence shelters, ethnic community-focused organizations, libraries and other entities that serve immigrants. Agencies in the network employ about 2,300 accredited representatives and attorneys who, in turn, serve hundreds of thousands of low-income immigrants each year. CLINIC and its affiliate agencies represent low-income immigrants without regard for their race, religion, gender, ethnic group or other distinguishing characteristics.