Eaze Solutions was recently named in a lawsuit over allegations that it relies on wire and bank fraud to process customer credit and debit card payments.

Eaze Solutions, a popular cannabis tech platform and delivery service, is in hot water regarding a legal challenge to the way it does business. It’s challenger? DionyMed, Canadian competitor “that also runs a delivery platform in California. Based in Toronto, DionyMed sued Eaze earlier this week in San Francisco County Superior Court over allegations that Eaze “uses wire and bank fraud to process credit and debit card payments from customers buying marijuana through its online platform.” 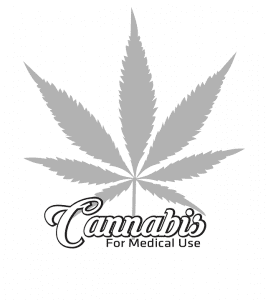 The suit itself was filed on behalf of Herban Industries, DionyMed’s California subsidiary. Herben Industries happens to run a competing delivery platform known as Chill. According to the suit, Eaze regularly engages in “unfair business practices that give it an edge over competitors such as Chill by illegally processing credit and debit card payments through European-based shell companies.” It further states:

“Eaze conspires to disguise the cannabis transactions as transactions for dog toys, dive gear, carbonated drinks, drone components, and face creams, among other things, to obtain approval for these transactions. To perpetrate these frauds, Eaze created or partnered with Cyprus- and U.K.-based shell corporations that purport to sell these seemingly innocuous products but in fact exist solely or primarily for the purpose of misrepresenting the nature of the underlying transactions.”

As a result, the suit is seeking an injunction in order to “force Eaze to cease all such activity but doesn’t request any monetary damages.”

In response to the suit, a spokeswoman for Eaze called the allegations false and said it was “an attempt by DionyMed to boost its own business and stock price. Eaze spokeswoman Elizabeth Ashford also issued the following emailed statement:

“The suit is a thinly veiled attempt by publicly traded Canadian company DionyMed to gain an advantage through litigation, prop up their failing stock price and publicize their new delivery platform. The allegations are false, and their attempts to hide their true motives are obvious.”

Additionally, Ashford also pointed out that Eaze does not participate in the processing of electronic payments. Instead, she said that responsibility falls on the “licensed MJ vendors for whom Eaze is facilitating sales through its website and smartphone app.”

When commenting on the case, Katy Young, an attorney in San Francisco, noted it could spell danger for the entire industry because if Eaze is innocent, “some of its retail partners could be guilty, and this lawsuit could expose that.” She added:

“There’s going to be wide-reaching repercussions, where a lot of businesses’ records that are not involved in the fight between Eaze and DionyMed, they’re all going to get dragged in. It’s pretty easy to think of a situation where one of the dispensaries that are on Eaze’s platform, maybe they’ve had their bank account revoked multiple times, and they may have found a workaround that might not totally be on the up and up. Now that business is going to get dragged into this lawsuit through the discovery process.”