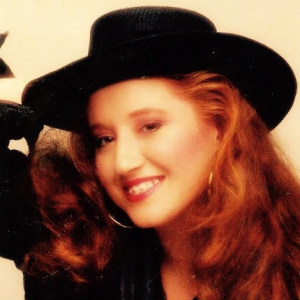 At approximately 6:15 PM on June 12, 2014, Oklahoma police officer David Jehle shot Marquis Pegues in a laundromat after the two engaged in a physical confrontation, rendering the victim paraplegic. Pegues, who is schizophrenic, was in the middle of a psychotic break when he was shot. In response to the series of unfortunate events,

Shawnnon Hale was just 24-years-old on the December morning in 2014 when he received a phone call from Denver police at his grandmother’s house, where he lives, telling him he needed to come to the station for questioning. Hale agreed to be at the station by 10:00 AM, but because he was running late, police

Profit Over Patient: Doctors Asking For Cash Before Care

In what is becoming an all-too familiar scenario for countless people who either need to see their primary care physician or receive treatment in a hospital, whether for a scheduled procedure or an emergency condition, countless doctors and hospitals are now requiring payment for service before providing necessary care to patients. For the few who

Sandy Hook Appeal Will Be Heard By Ct. Supreme Court

An appeal brought by family members of the victims of the Sandy Hook Elementary mass shooting will be heard directly by Connecticut’s Supreme Court, as first confirmed last week. The plaintiffs had previously filed a lawsuit against the gun manufacturer, distributor, and retailer used in the massacre, though the case was dismissed by a Bridgeport

A class action lawsuit filed against Nebraska-based debt collector Credit Management Services has been settled out of court for $198,000. The suit was filed by Nichole and Jason Palmer and Laura Powers in 2011, and accused the debt collection agency of having violated federal law by claiming they could collect attorney’s fees and interest from

Three years ago, a young woman posted a video to YouTube wherein she exposed ex-physical education teacher Andrea Cardosa for having molested her while she was a student at Chemawa Middle School in the mid-90s. The video, which showed the then 28-year-old woman confronting Cardosa over the phone, quickly went viral, prompting another former student

On Wednesday of last week, Florida’s Supreme Court agreed to dismiss a case pertaining to the death of an escaped patient from the UF Health Shands Psychiatric Hospital. Despite having denied requests for dismissal twice, even after a settlement between both parties had been reached, the majority has since moved in favor to drop the

A West Virginia woman and her husband were recently awarded the maximum amount allowed by the state for medical malpractice cases by Federal Judge Irene Berger. The amount, which totals $672,681.67, was in response to Sara Lambert Smith’s lawsuit brought against the United States upon undergoing an unnecessary hysterectomy after the birth of her first

Poor, But Sober: Michigan Fails to Find Addicts on Welfare

In December of 2014, Michigan Governor Rick Snyder (R) passed a law that would allow the state to conduct drug tests on welfare recipients suspected of abusing illegal substances while receiving government benefits. Beginning in October 2015, the Michigan Department of Health and Human Services (MDHHA) conducted a year-long pilot project based on the law,

What started as a despicable case of the gross abuse of power by a trusted physician putting profit over patient has since turned into a sickening display of greed, corruption and utter shame. After being accused of providing kickbacks to former Oakland County, Michigan cancer doctor Farid Fata in exchange for cancer referrals to drum